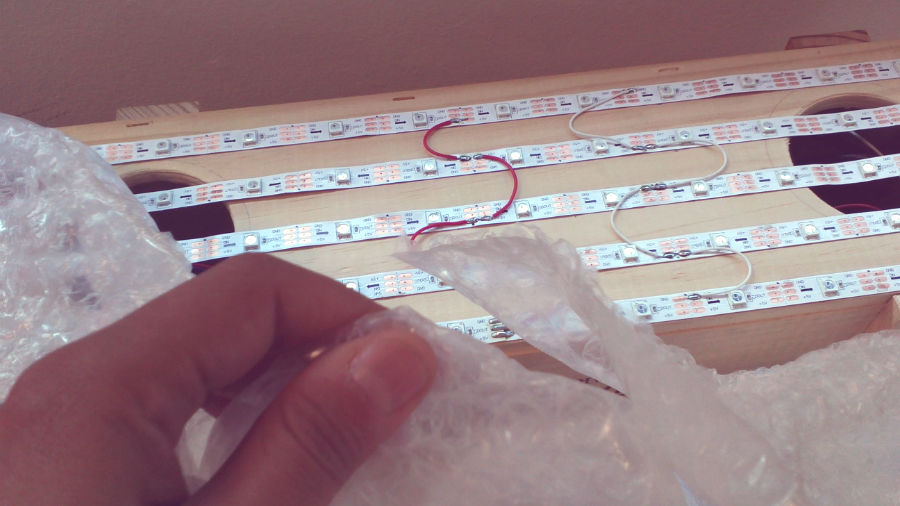 The Most Useless and Amusing Interface Ever creates audio and visual effects when you pop bubble wrap in front of it. It is a useless machine, a useless gadget, it doesn’t serve for any specific purpose nor it solves any problem. It’s just an absurd interface, a novelty toy (an object which is specifically designed to serve no practical purpose, and is sold for its uniqueness, humor, or simply as something new). A simple divertimento, a source of amusement by popping bubble wrap.

The Most Useless and Amusing Interface Ever (MUAIE) generates a collective music sheet of sounds and visual explosions. It accumulates the interaction of all players during a day in a music sheet. 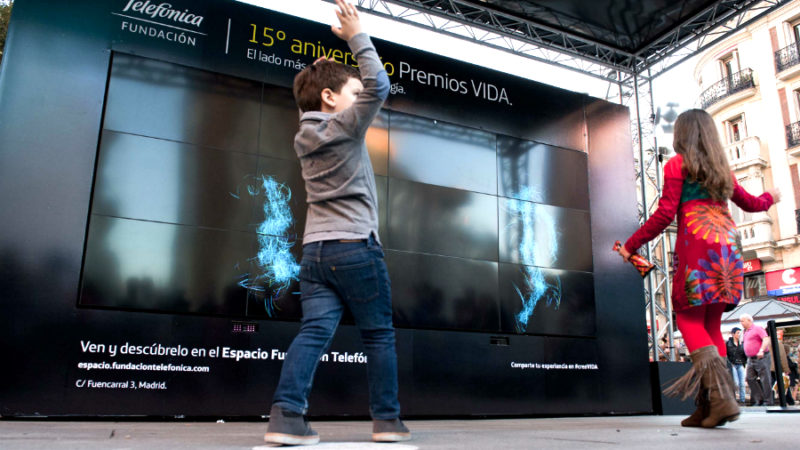 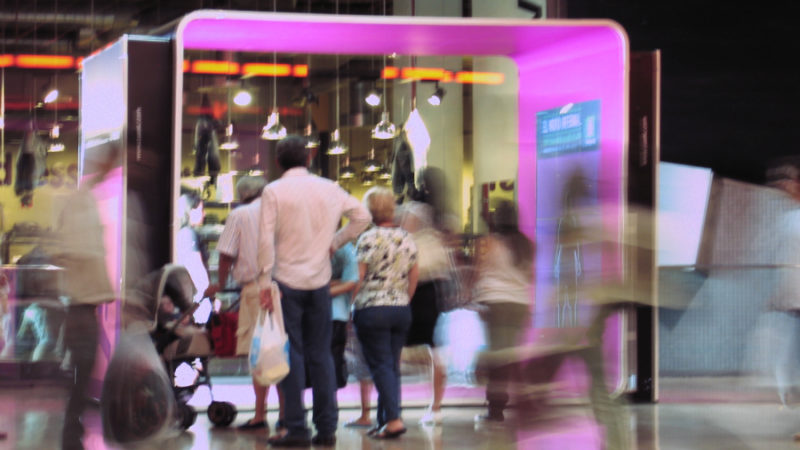 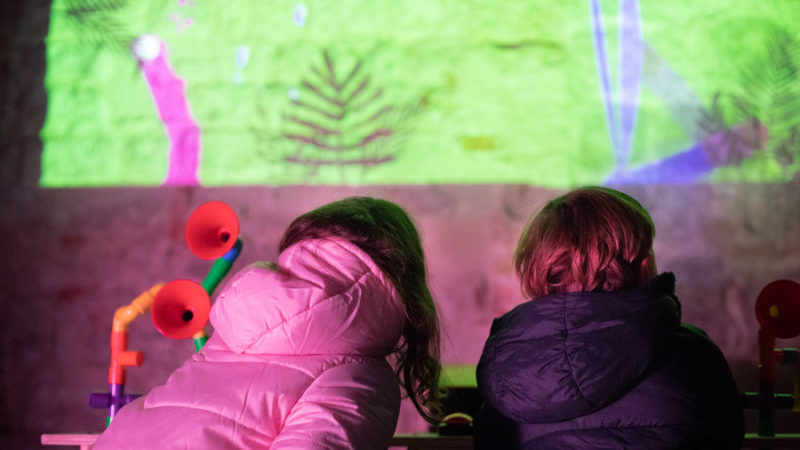 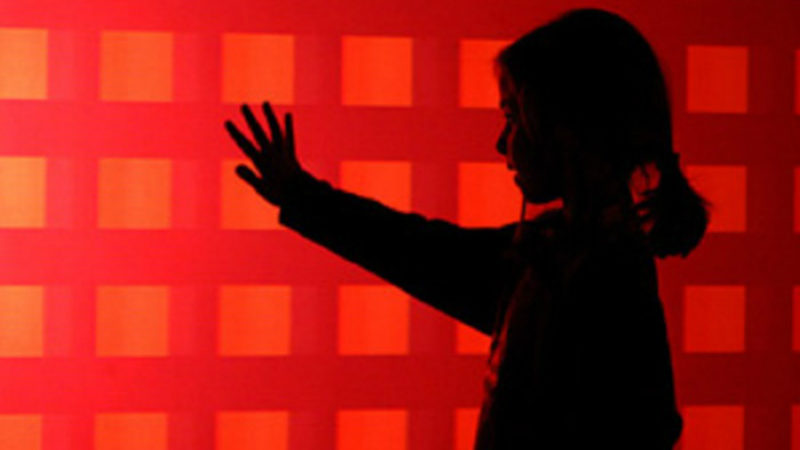