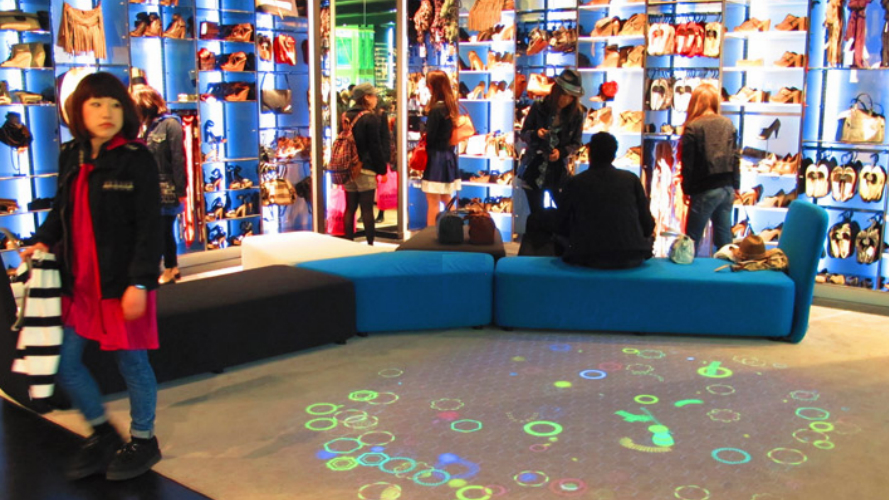 Cutting-edge audiovisual technologies is used to attract visitors and shoppers to Bershka’s first store in Japan, set in a more than 1.000-square-meter location in Tokyo’s Shibuya district. Videos and interactive installations make a visit to this store a virtual interactive experience.

A mesh of colored circles and other elements projected on the floor respond to people’s movements while walking on them. The elements react according to the movements so that the visitor can actually play with them. These visual elements emerge at the same time on the different video walls placed around the store, and their motion on the screen is also the reaction to the visitors interaction. 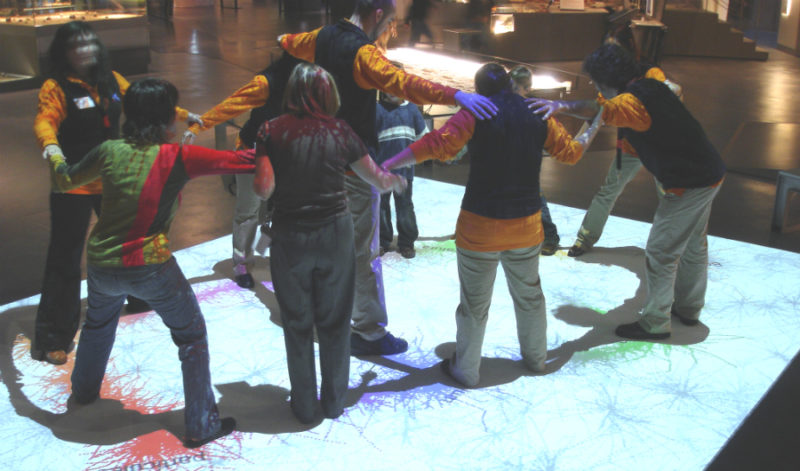 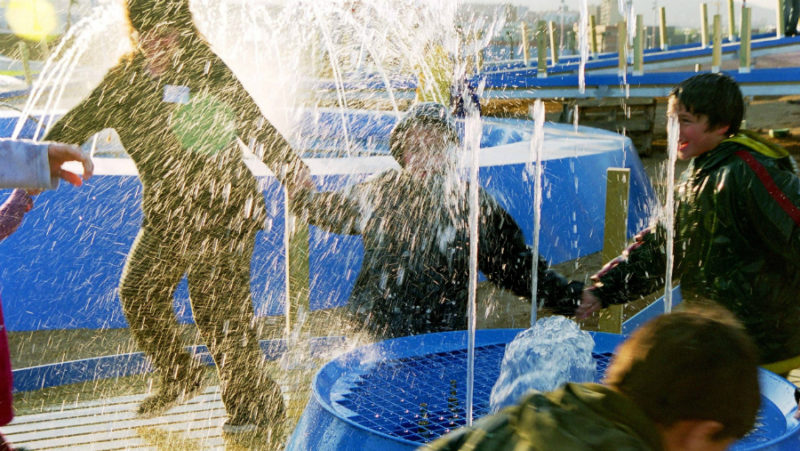 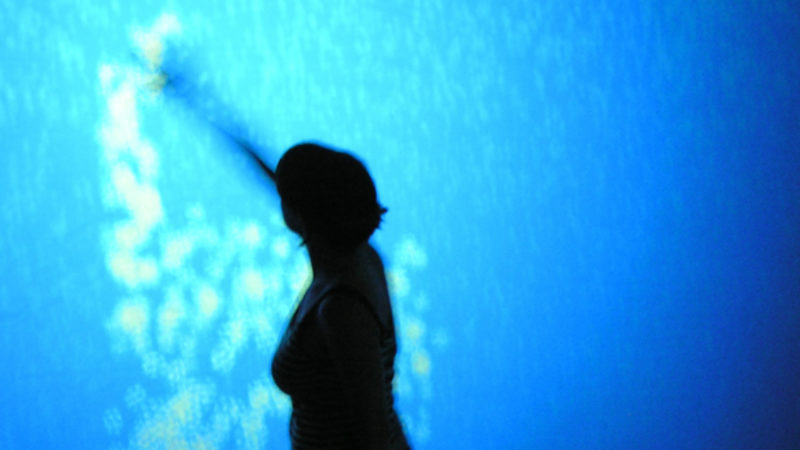 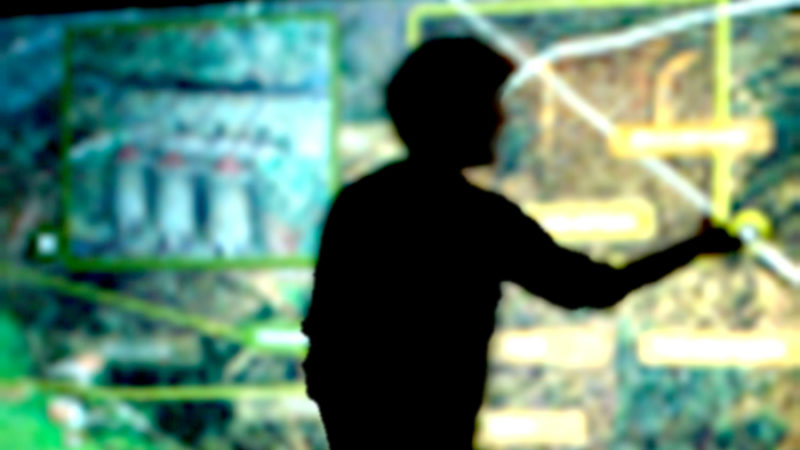